Where Fear And Weapons Meet

The Weapon began in 1999 from the ashes of Florida hardcore legends, Morning Again. Guitarist John Wylie met up with drummer Jason Lederman with the sole intention of playing traditional, stripped down hardcore – something that had been absent in the South Florida scene for some time. The results were well received and WFAWM went on multiple tours putting South Florida on the map, and most notably signing to Revelation Records. In 2002, the band released the “Control” EP on Eulogy Recordings with the vinyl version being one of the first Think Fast releases. The band has popped up at recent festivals with Think Fast co-owner Larry Scott taking vocal duties. 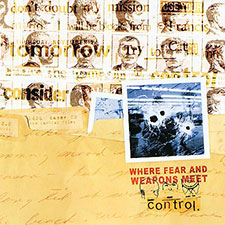