Around the time that Rise Against was working on Revolutions Per Minute, vocalist Tim McIlrath was pulling double duty with another Chicago outfit called The Killing Tree.

The Killing Tree existed throughout the early 00s, mostly flying under the radar after Rise Against exploded into mainstream success. The Killing Tree’s sole LP, The Romance of Helen Trent, is a true hidden gem – beautifully blending a soundtrack of hardcore and metal behind McIlrath’s signature vocals.

Out of print on every format for well over a decade, Think Fast is excited to unearth The Romance of Helen Trent, including its first ever release on vinyl format. Remastered by Alan Douches at West West Side, and pressed on 180 gram vinyl – limited to 500 copies. Vinyl includes download coupon. 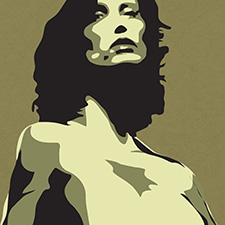