Sick Of It All

30 years strong, Sick Of It All remains one of the longest running and most influential hardcore bands of all time. While many of their peers from the 80’s and 90’s pop up for cheap reunion shows, Sick Of It All has been consistently touring and amassing a giant catalog of classic material.

“If Agnostic Front are the Godfathers of hardcore, Sick Of It All are the underboss.”
-Freddy Crichen / Madball

Perhaps most impressive is how Sick Of It All has managed to stay more relevant than ever throughout decades of passing trends. Whether it was collaborating with rapper KRS-One, signing to a major label in the 90’s, or working with punk rock labels like Fat Wreck Chords, Sick Of It All always seems to march to the beat of their own drum. It also helps that they still consistently put on a live show that has more energy than 99% of the bands who are half their age.

Think Fast has been fortunate to collaborate on two albums with the NYHC legends. Vinyl for 2006’s “Death To Tyrants” and 2010’s “Based On A True Story” – both have been pressed several times, each time selling out. Late in 2015, we’ll be releasing “Our Impact Will Be Felt” – A Tribute to Sick Of It All on vinyl for the very first time. The compilation features an eclectic mix of past and present hardcore, punk, and metal bands who have been influenced by Sick Of It All including Rise Against, Ignite, Comeback Kid, Hatebreed, The Bouncing Souls, Pennywise, Sepultura, Napalm Death, and many more. 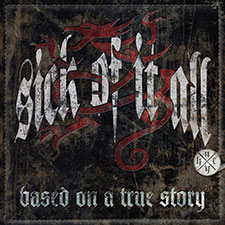 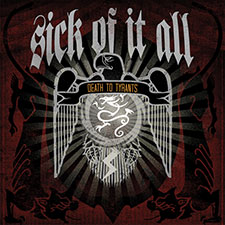