Emerging out of the peaceful state of Maine in 2002, Outbreak proved to be anything but the generalizations made about the state in which they began. They played fast, loud and had a reputation for a chaotic live show. Or as simply as AP put it:

Originally forming as a trio of teenagers, Outbreak embodied the do-it-yourself approach. Practice sessions were held in an abandoned house in the middle of the western Maine woods, and self-booked tours were supported by DIY demo tapes. The band knew they weren’t going to catch any breaks by sitting still, so they did just the opposite and managed to build up a local buzz which eventually caught the attention of hardcore institution, Bridge 9 Records.

In the mid 2000’s, Bridge 9 launched Outbreak into the forefront of the hardcore scene. The band released an EP and debut full length titled “Failure” with B9, with the vinyl version being released on Think Fast. The band supported the release by hitting five continents and making regular stops at all the major hardcore festivals including memorable chaotic performances at Posi Numbers, Sound and Fury, and Rain Fest.

In 2007 and 2008, the band went through a number of lineup changes before buckling down and releasing 2009’s self titled album on Think Fast. A song from the release was debuted on the Saw VI soundtrack, alongside Converge, Hatebreed, Type O Negative, and Every Time I Die.

Outburn called Outbreak’s 2009 album “thought provoking and exciting” and PunkNews.org bluntly stated “they said f*ck the odds, and wrote the best album of their career.” The album was supported by tours alongside Agnostic Front, Comeback Kid, Sick Of It All, and festival stops including Bamboozle and Groezrock with Rise Against.

The band has remained inactive since late 2011. 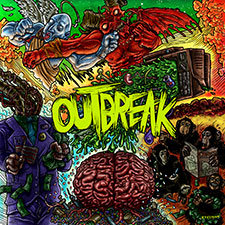 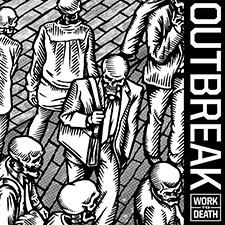 CD Out of Print
Vinyl Out of Press
iTunes
Spotify