Bullet Treatment may very well be one of hardcore punk’s most unconventional acts. For those not cued in, the band (purposely) features a revolving door of members on every release, and they literally wouldn’t want it any other way. Brainchild behind the LA-based project, Chuck Dietrich, has had a wide cast of members over the years, including (relatively) consistent members Matt Caughthran from The Bronx on vocals and Dave Hildago from Social Distortion on drums.

In 2009 we saw the first volume of “Designated” via Fat Wreck Chords. The idea behind the record was unconventional, even for Bullet Treatment’s standards: 6 tracks of exactly the same music with a different singer putting their own vocals and lyrics over the song – without hearing any of the other vocalist’s renditions prior to recording their own. Confused yet? Vol. 1 featured a showcase of Fat’s bands, past and present, including notables like Tim McIlrath from Rise Against and Johnny from the Swingin’ Utters.

“Designated Vol. 2″ is now available via Think Fast. The limited 7” is on red vinyl and contains a digital download. Vocalists include Andrew and Scott from Comeback Kid, Jordan from Vultures United, Ryan and Billy from Outbreak, Liam from Cancer Bats, Matt from The Bronx, and Nuno from A Wilhelm Scream. 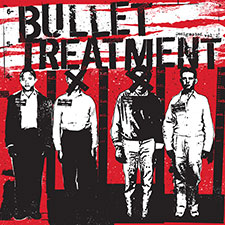 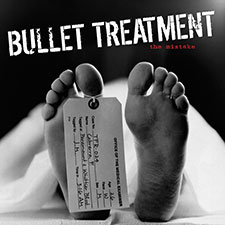